“The Queen is Back”, screams the big headline as the JN Racers Grand Prix organisers confirmed that two-time Olympic 100m champion Shelly Ann Fraser Pryce will be competing on Saturday.

Fraser Pryce, who won gold in the 100m at the 2008 Beijing and 2012 London Olympic Games, will be running just her third race since giving birth last August.

The “Pocket Rocket”, as she is affectionately called, will line up against American 2017 World champion Tori Bowie, as well as Candice Hill, Jenna Prandini and Kelly-Ann Baptiste of Trinidad and Tobago.

The 31-year-old Fraser Pryce, who opened her season at the JAAA All Comers Meet on a winning note a few weeks ago with 11.53 secs clocking, improved over the weekend at the Cayman Invitational with an 11.33 secs for second. The race was won by Prandini in 11.16secs.

“We won’t always win but as long as you line up to compete, don’t stop trying. Even when they are younger than you are,” Fraser Pryce tweeted.

The Jamaican Sprint Queen won at the inaugural JN Racers Grand Prix in 2016 in 11.09 secs in a race in which American Carmelita Jeter finished sixth with 11.16. Baptiste and Gayon Evans were third and fourth, respectively. 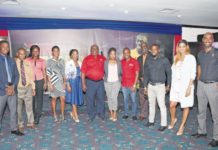 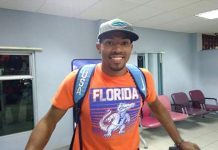 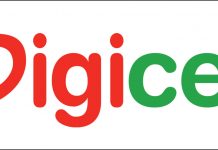